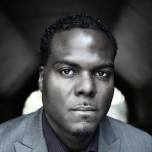 Leonardo Blair is an award-winning investigative reporter and feature writer whose career spanned secular media in the Caribbean and New York City prior to joining The Christian Post in 2013. His early work with CP focusing on crime and Christian society quickly attracted international attention when he exposed a campaign by Creflo Dollar Ministries in 2015 to raise money from supporters to purchase a $65 million luxury jet. He continues to report extensively on church crimes, spiritual abuse, mental health, the black church and major events impacting Christian culture.

He is a 2007 alumnus of the Columbia University Graduate School of Journalism, where he was an inaugural member of the Toni Stabile Center for Investigative Journalism. He lives with his wife and two sons in New York City.