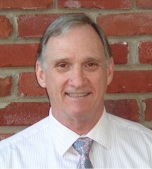 Roger D. McKinney lives in Broken Arrow, OK with his wife, Jeanie. He has three children and six grandchildren. He earned an M.A. in economics from the University of Oklahoma and B.A.s from the University of Tulsa and Baptist Bible College.  He has written two books, Financial Bull Riding and God is a Capitalist: Markets from Moses to Marx, and articles for the Affluent Christian Investor, the Foundation for Economic Education, The Mises Institute, the American Institute for Economic Research and Townhall Finance. Previous articles can be found at facebook.com/thechristiancapitalist. He is a conservative Baptist and promoter of the Austrian school of economics.